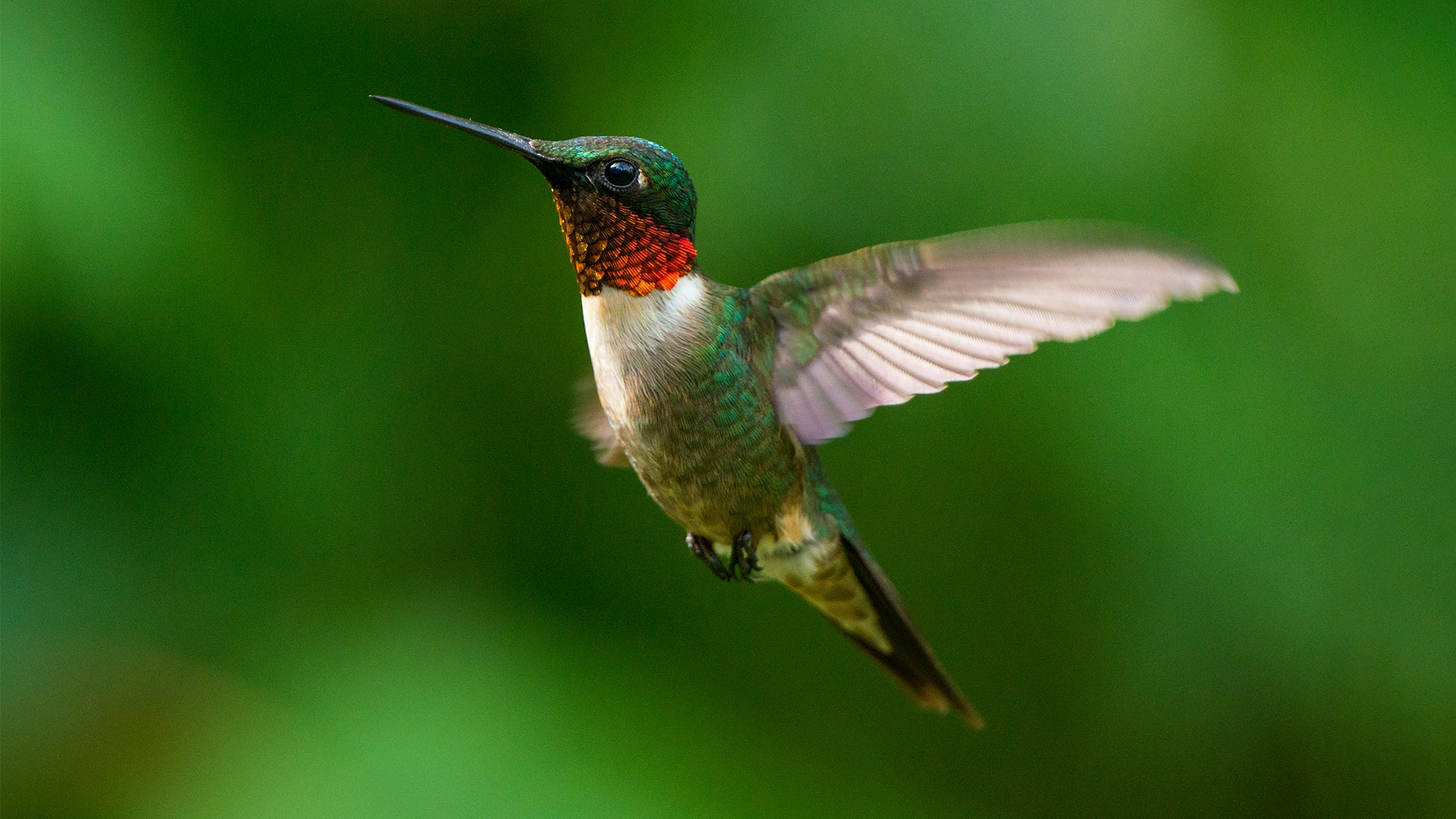 By now, hummingbird migration is in full swing. To the delight of hummingbird enthusiasts everywhere, Ruby-throated hummingbirds are already at feeders in many gulf coast cities! If you live along their migration route, you may need to get your feeders prepped and filled to the brim with nectar a bit earlier than you did last year at this time.

Whether you’ve been getting hummingbird visitors for years or you’re new to participating in the hummingbird migration extravaganza, we’re here to tell you all you need to know about this magnificent journey and how you can help along the way!

Ruby-throated Hummingbirds may be small in size, but they are big in iridescent colors. With emerald green backs and crowns, white or gray bellies and bright red throat patches, you will know you’re gazing upon a male Ruby-throat when you see one. Females have similar green and white colors; however, they don’t have the ruby colored throats that the males do. Each year, Ruby-throated Hummingbirds, along with a few other hummingbird species, take part in a long journey known as migration.

Ruby-throated Hummingbirds breed in North America during the summer months, but prefer to spend their winters in much warmer climates. The pursuit for warmer weather creates a long and sometimes daunting journey to return to their breeding grounds each year. By knowing when the Ruby-throated Hummingbirds will be in your area, you can get your hummingbird feeder ready in plenty of time to take part in their miraculous migration.

For those living in Eastern North America, the Ruby-throated Hummingbird is the only breeding hummingbird around. If you’ve spotted a hummingbird at your feeders in this part of the country, then chances are that it’s a Ruby-throat. You can see these birds as far north as parts of central and eastern Canada.

During the cold winter months, Ruby-throated Hummingbirds spend their time in Central America and southern Mexico. Then, as the weather begins to turn warm, they will start to make their northern trip up to Canada. This can be a grueling journey, as many of them choose to fly over the Gulf of Mexico. This flight alone can take 18-22 hours of non-stop flight before reaching land on the other side of the gulf!

When Do Ruby-throated Hummingbirds Migrate?

Unlike other bird species, hummingbirds prefer to migrate as solo flyers rather than in large flocks, so it’s really up to each individual hummingbird’s instincts as to when the journey needs to begin. Several factors will determine when a hummingbird begins to migrate: 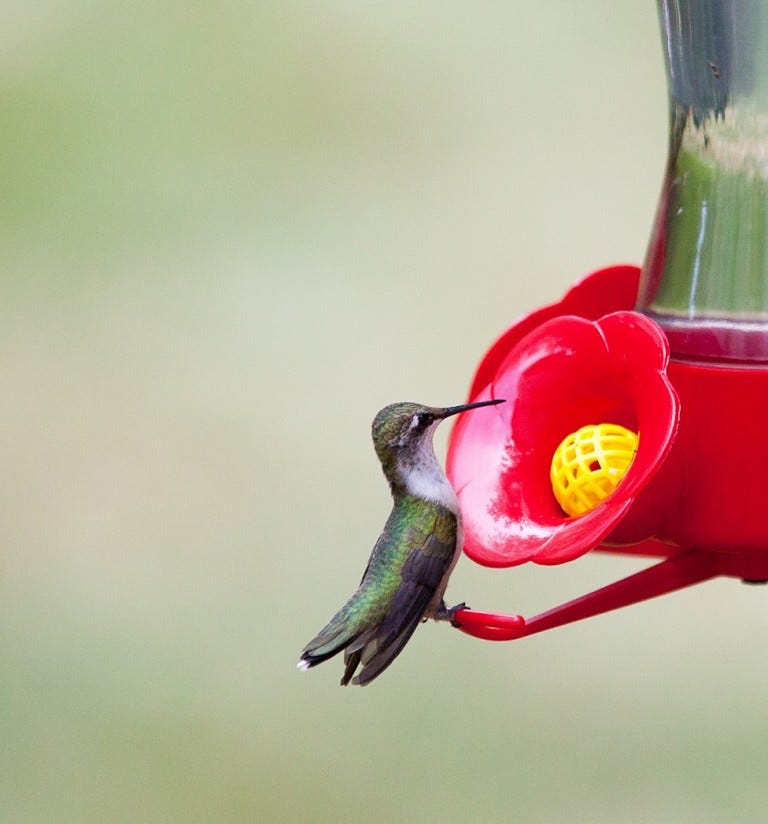 Ruby-throated Hummingbirds will typically begin their northern migration in late February to early March. By mid to late March, they will begin reaching the southern tips of many Gulf Coast states such as Texas and Louisiana. From there, they will continue their journey north through the United States, reaching Pennsylvania and Illinois around late April or early May. Hummingbirds will usually reach their final breeding destinations sometime around the end of May. Here, they will spend their summer breeding, raising their young and fattening up for their journey south in the fall.

Ruby-throated Hummingbirds usually start their fall migration in late August or September. From here, they retrace their previous northern routes, and make their exhausting journey back down to Central America.

How to Help During Migration

The first Ruby-throats of the season have already begun to reach land in the southern United States. That means it’s time to begin prepping your yard so you’re ready when they finally reach your area. Look at hummingbird migration maps of years past to help determine an approximate time when Ruby-throated Hummingbirds will arrive in your region.

Here are a few additional steps you can take to attract hummingbirds during migration and assure they have what they need when traveling: 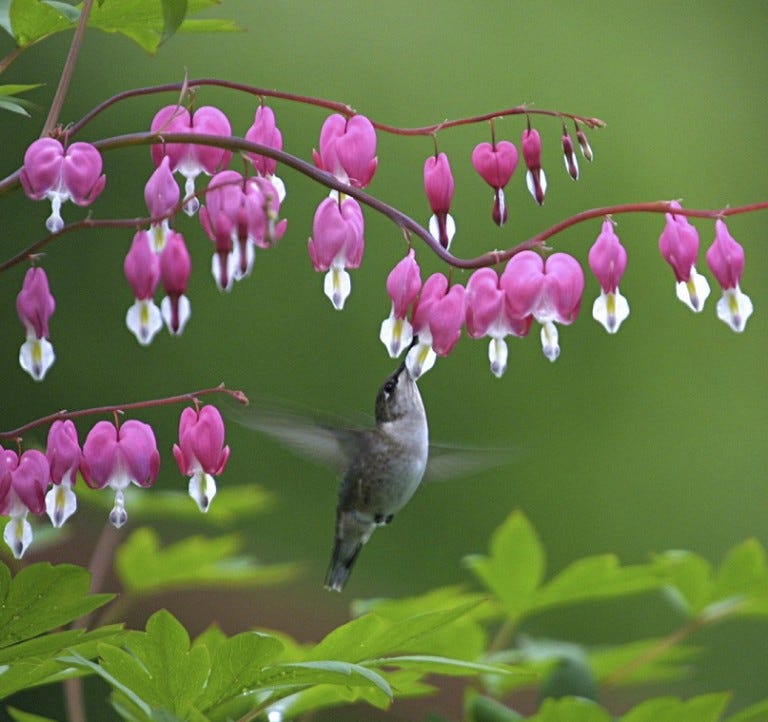 Ruby-throated Hummingbirds are attracted to vibrant colors. As a hummingbird is flying by, it will spot brightly colored flowers and feeders and stop by for a drink. Hummingbirds have a fantastic memory. Once they find nectar, insects or shelter in your yard, they will remember your location and often return each year on their journey. 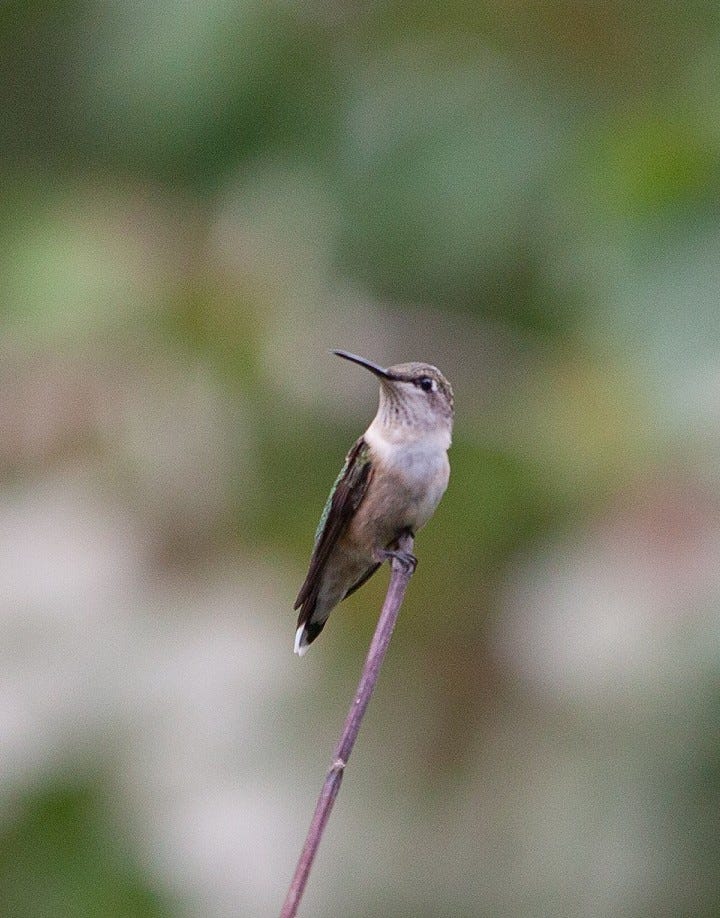 The approach of cool, fall weather signals to migratory hummingbirds that their time in the North has come to an end. Juvenile and mature Ruby-throats will begin to fatten up once again, storing energy for another difficult flight. Ruby-throated Hummingbirds will follow almost the exact route they took north to their breeding grounds just a few short months ago. It is critical that you try to keep your feeders up through fall to ensure that any late-moving hummers have a food source for their fall migration.

Some Ruby-throats will begin their trek south as early as July, but most will wait until August or September to begin their flight. You may see more hummingbirds stopping by your feeders during fall migration than during spring migration because they’re returning with the juvenile hummers born during the summer. Keeping your feeders full and available throughout the fall will show the new juveniles that your yard is a hot spot for a nutritious meal and help ensure that they will return to your yard during their spring trip back up north!

On your next visit to our Facebook page, share your pictures and stories of hummingbird visitors with the Perky-Pet® Community. Also, subscribe to our e-newsletter to receive notifications about other great articles, as well as new products and great deals on bird feeding accessories.