How Many Strands? 7 Rules for Electric Fencing 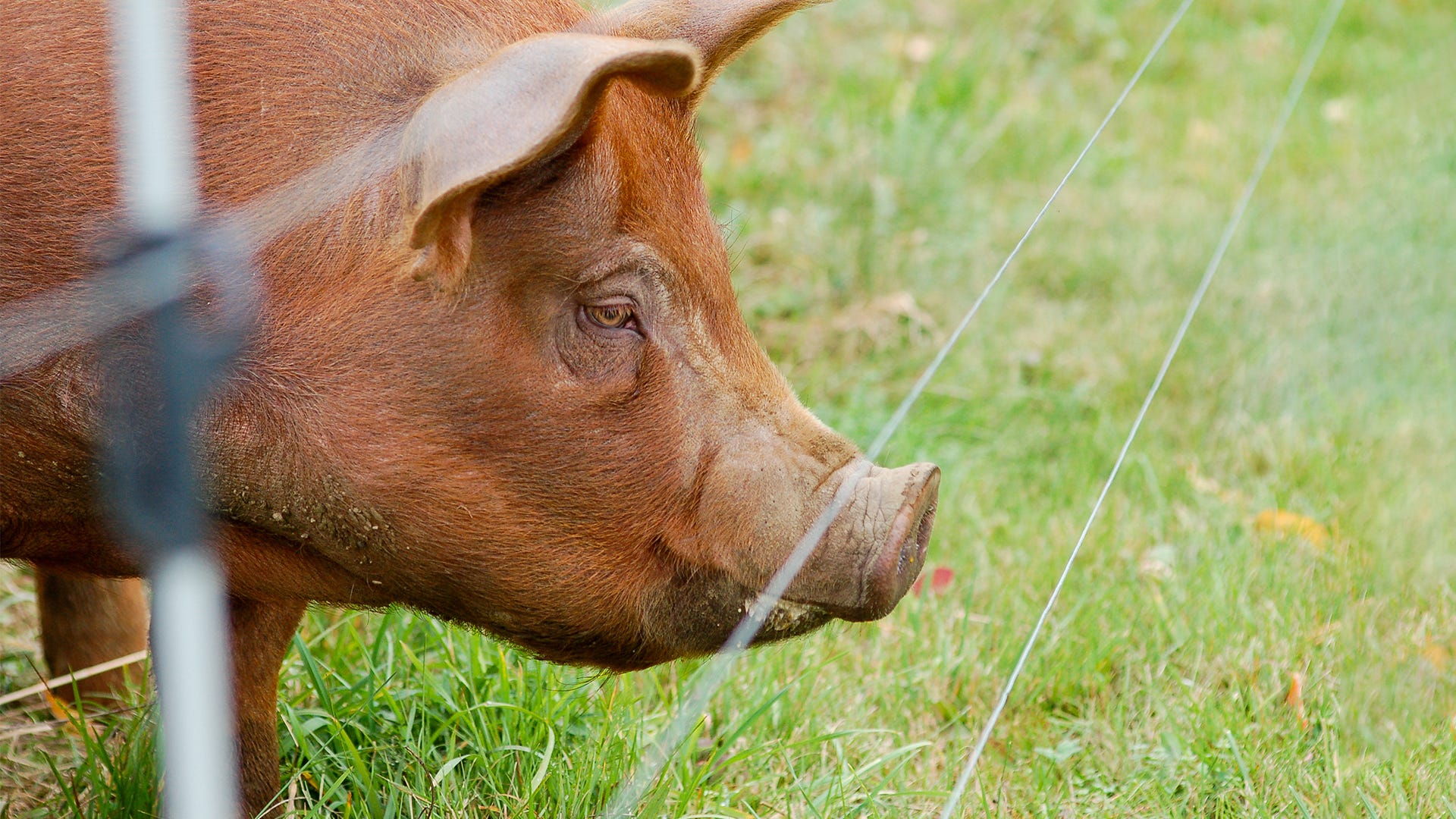 A common question asked by farmers and ranchers is “how many strands of electric fence wire do I need?”

The answer may surprise you: The number of strands required for electric fencing isn’t nearly as important as the location and the spacing of the electrified wires.

Your electric fence must have one hot wire set at the typical nose height of the animal(s) you want to control.  Base the strand height by visualizing where the animal’s nose level is if it were to approach the fence with its head at its normal position while walking.

Further, always intend to shock the animal in front of its eyes so that when shocked, the animal backs up.  In most cases, that “in front of their eyes” spot is their nose! 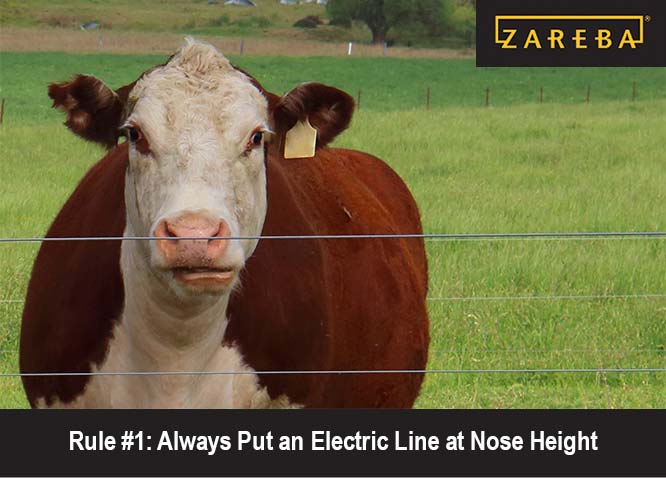 If you have different sized animals that you’re penning inside the same fence, then you must have a nose-level electrified strand for each.  One easy example is planning lines for calves and full-grown cattle that reside inside the same fence. Set one strand at the normal cattle height and one for calf height when they’re the most curious and playful.

With a strand set at an adolescent animal’s nose height, it will soon learn a lifelong lesson on respecting an electric fence! 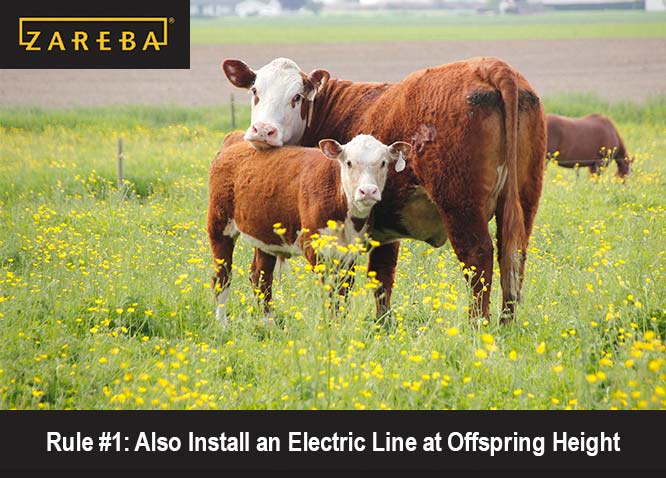 Ever notice how animals love to graze close to the fence border? They’re after fresh growth, which drives them ever and ever closer to the fence. Electrifying this strand is vital to keep livestock from putting physical stress on your posts and other lines as they graze. 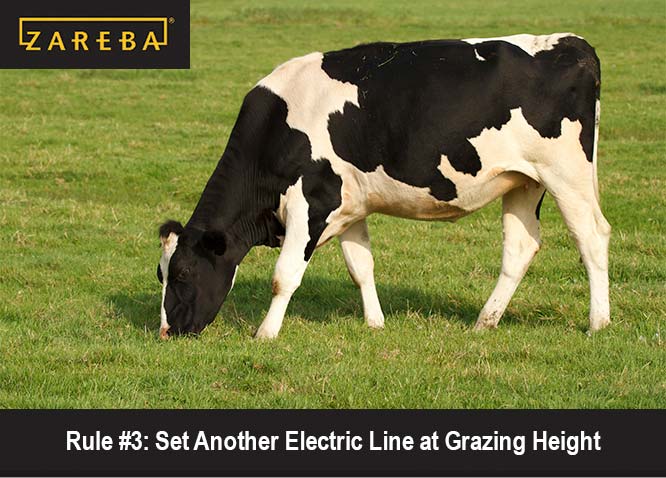 If livestock are trained to the electric fence, you can usually get by with fewer hot wires. In fact, for many livestock held on temporary, interior paddocks, one line is often sufficient.

This is especially true of dairy animals, which learn quickly to respect the shock of an electric fence. Dairy cattle are also more docile thanks to regular human contact and the daily routine of going from pasture to the milking area.  Young animals, however, are more difficult to control than adult animals and usually require more hot wires on the fence.

For horses, training is a matter of introducing the animal to its boundaries. For less-domesticated livestock, it’s usually a matter of letting them find out for themselves – eventually they’ll bump into the fence and experience its zap.

No matter what, most animals find the touch of an electric fence so jarring that they aren’t eager for it to happen again. Once they recognize the fence line as the source of the shock, they’ll learn to keep clear of it. 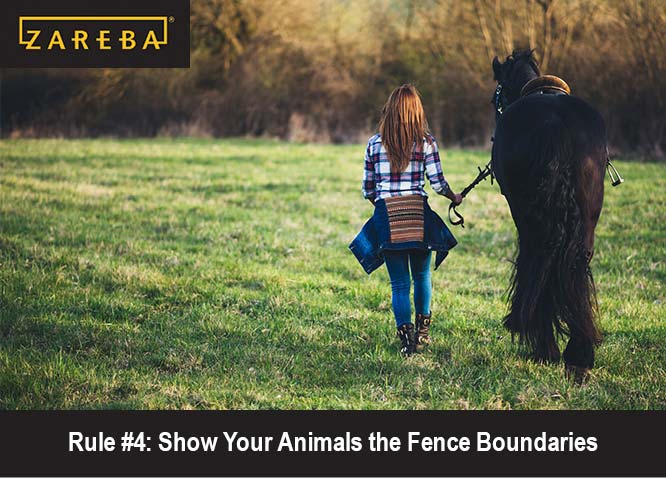 Look at the size of one of your animal’s heads. This height – the distance between the top to the bottom of the animal’s head – shows you the perfect spacing for your fence wires.

During installation, keep this distance in mind and space the hot strands accordingly.  By ensuring your livestock can’t get their head through the fence, you make it impossible for them to breach the entire fence.

As Rule #1 explained, the true secret to electric fencing is to correct the animal while paying attention to its anatomy. If an animal is hit by a shock from the nose to the eyes, it will back away from a fence. If it takes a shock anywhere behind the eyes, it will run forward – and often through a fence. 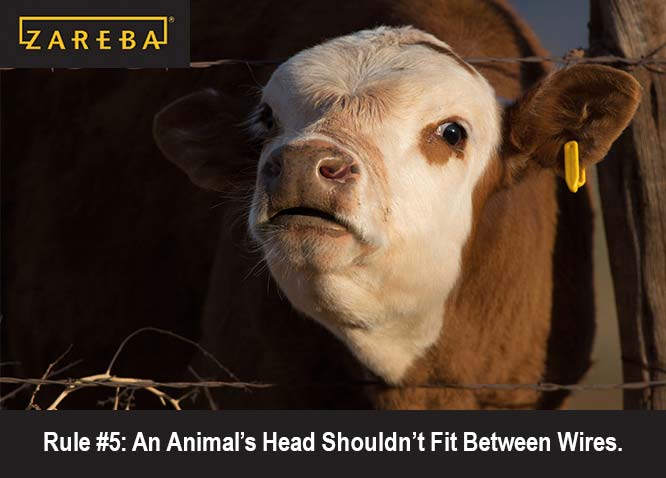 In many parts of North America, even domestic livestock are under the threat of predation. Bears, wolves and coyotes are the obvious culprits to large livestock. Other predators, including foxes, raccoons, martens, weasels and birds of prey, pose a threat to smaller livestock and poultry.

Ranchers and farmers have found that electric fencing can offer two types of protection. First, a fence keeps livestock from wandering away or into dangerous areas. Secondly, it can keep predators and other unwanted wildlife from coming into a pasture.

Most farmers and ranchers only set up a fence for the first purpose, yet rarely consider its potential to keep wildlife away from livestock.

When you make plans to use an electric fence to keep predators out, you have to consider both types of animals.  First, plan your fence for your livestock as you normally would – adding lines at nose and grazing level with additional wires for every “head height” in between.  Finally, add lines to deter predators, which will require hot wires very close to the ground (since they may dig under a fence) and then tightening the space between all the other wires (adding a line between each “head height” set is a good guide). 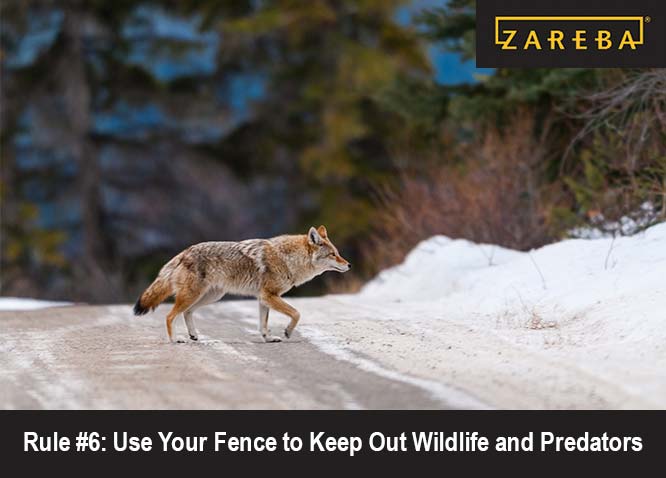 This is the most difficult rule to take into account as you set up a fence line. This is because installing electric fencing is an art rather than a science. You will need to think creatively when building your electric fence because there are so many factors involved.

You may encounter unexpected obstacles that put your plan into question. Obstacles can include difficult terrain, water sources or trees. You may also run into problems with dislodged fence posts, snapped lines and power losses.

The way to fix all these issues is to be flexible and troubleshoot your problems until everything comes together.

To be prepared for these unexpected times, consider keeping a few common fence tools on hand at all times, including fence tools and a fence tester(measures line voltage). It’s also good to keep a few spare insulators and a length of line or poly fence handy. Shop now! 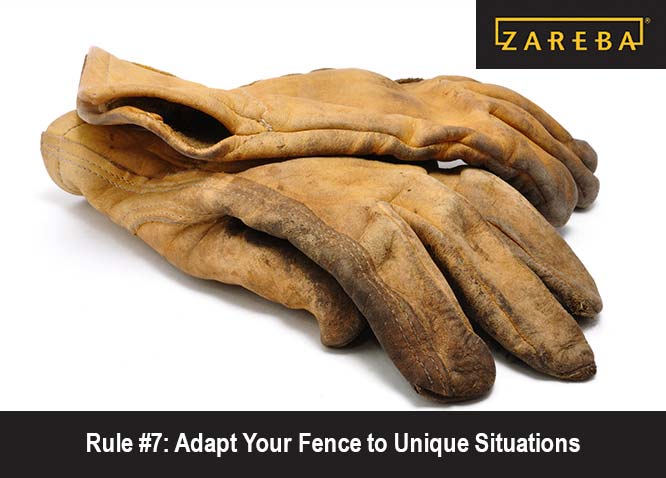 With your fence planning underway, make sure you subscribe to the Zareba® eNewsletter, which gives you additional links to fencing articles from our Learning Center and regular announcements of must-have fencing items. Also, be sure to sign up for the ZarebaSystems.com Rewards Points program, which gives you money back on future purchases.

If you have any questions about the installation or operation of any of your Zareba® products, reach out to our dedicated Consumer Care Team at 855-5-ZAREBA. 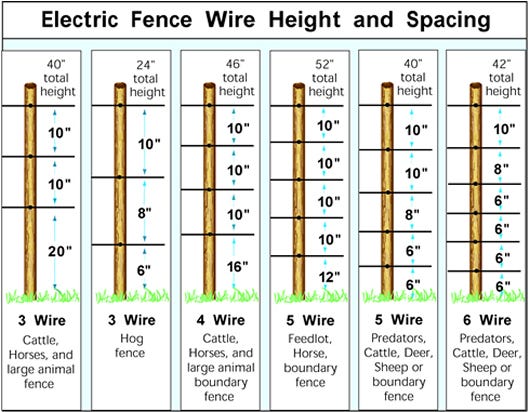